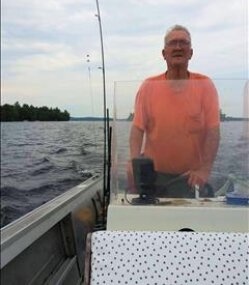 Pembroke – William Joseph Murray Sr., 73, passed away peacefully at his home on April 22, 2022 surrounded by his family. William was born in Colchester, VT on January 26, 1949, son of John and Laura “Loretta” (Latullippe) Murray.

William enlisted in the U.S. Army where he served as a cook. Following his service he married his high school sweetheart, Mary “Jeanne” Thibault. William was an avid outdoorsman and enjoyed fishing, boating, camping and mowing his lawn. Above all else, his most precious times were those spent with his family.

In keeping with William’s wishes, there will be no services. Arrangements by Mays Funeral Home, Calais & Eastport.
To order memorial trees or send flowers to the family in memory of William Joseph Murray Sr., please visit our flower store.