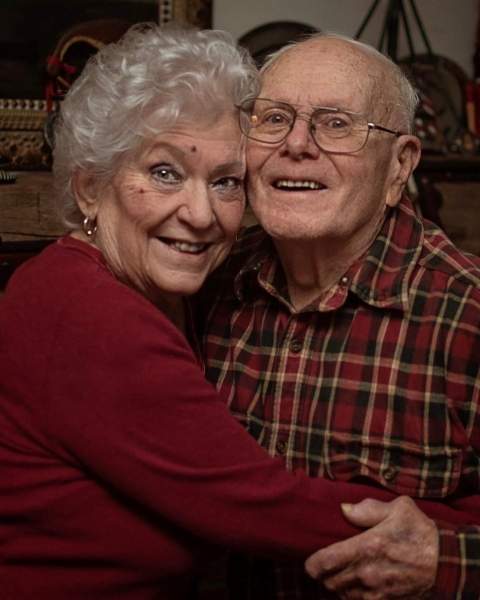 William Swift Johnson, 88, passed away on Monday August 22, 2022 in Princeton Maine at his daughter’s house. William was born in Cape Cod Massachusetts on October 1, 1933 to George Vernon Johnson and Lydia Joette Morris, while staying in Maine with his family he met the love of his life and high school sweetheart, Gwendolyn Wheaton, with the two eventually moving to Maine where with the help of his brother he built the home he lived in.

William had an incredible work ethic. In addition to proudly serving as Deputy Fire Chief for the Harwich Fire Department, he was an undertaker, trucker, EMT, and worked the family Cranberry bogs. He was a man of short stature but a large heart, well loved by everyone in the community he had a smile for everyone and if he didn’t like you then you were probably a real “sonofagun”. He was proud to be a member of the Anah Temple Shriners, and a 32 degree Mason at Lewey’s Island Lodge. He enjoyed a life built on hard work, family, and friends.

A celebration of Billy's life will be held at graveside in Talmadge on his birthday October 1st with a reception following. Arrangements by Mays Funeral Home Calais and Eastport.

To order memorial trees or send flowers to the family in memory of William S. Johnson, please visit our flower store.