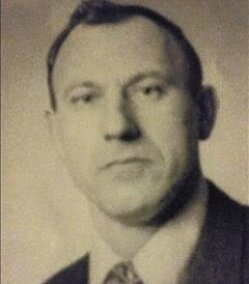 Perry – William Ernest George Sr., 87, passed away Sunday, May 15, 2022 at Calais Community Hospital. William was born in Claremont, NH on November 2, 1934, son of Edward and Nettie (Seaman) George. Due to the untimely death of his mother, William was raised by his aunt Viola George.

After graduating from high school, William went to University of New Hampshire where he earned his Bachelors in Pre-Law. He enlisted in the U.S. Army serving during the Korean War as an Executive Officer with Co. E, 1st Battle Gp, 22d Infantry at Fort Lewis, WA. Following the war, William returned to New Hampshire and earned his Master’s of Science in Urban Development. He worked as a city planner for Dover, NH, Lynn, MA, Warwick, RI, and eventually settled in Perry where he was instrumental in Eastport’s downtown revitalization. During his later years, William also worked as an EMT for the Sipayik Ambulance Service. In 1984, he met the love of his life, Mary Sappier. He loved the Passamaquoddy community and had great respect for their culture.

A Mass of Christian Burial will be celebrated at St. Joseph Church in Eastport at a later date. Arrangements by Mays Funeral Home, Calais & Eastport.

To order memorial trees or send flowers to the family in memory of William Ernest George Sr., please visit our flower store.