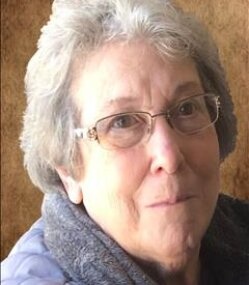 Wende was born in Franklin New Hampshire on January 24, 1947, to John S and Virginia (Littlefield) Lewis. Her parents returned to Eastport where her father was born and raised when Wende was an infant. Ginny kept the family together while John was overseas in the military during WWII, and after John returned home and became ill. The Family was blessed to have had Roberta Taylor as a loving nanny to care for Wende and her brothers after John died in 1953, and Ginny had to return to work.

Wende and Scotty married on June 28, 1969, in Eastport Maine. They moved to Maryland for work and returned to Perry in 1973 to raise their family on the Pottle Family homestead.

Wende touched many lives with her warmth, kindness, and generosity. She lived a life of service to others, always ready to lend a hand to those in need. She loved her dear group of friends and enjoyed participating in their many activities and adventures through the years. Wende had many interests and talents and enjoyed cooking, sewing, quilting, knitting, gardening, canning, and especially caring for her beloved family.

Wende’s culinary skills were appreciated by many who visited community fairs, Church suppers, breakfasts, or fourth of July celebrations. Wende’s family was especially blessed with her exceptional skill at creating Syrian dishes; a knack that she learned from her immigrant aunts and passed on to her daughter Melissa and niece Kristen.

In years past, Wende was active in the Order of the Eastern Star, along with her mother Ginny. Wende embraced the Order’s five points and gave graciously to many charitable causes throughout her life. Wende was a lifelong congregant of Eastport’s Christ Episcopal Church where she worshiped and served in many capacities.

Wende was a graduate of Westbrook Junior College (1967) and worked as a medical receptionist at the former Eastport Memorial Hospital; and later at the Eastport Savings Bank, and then the First National Bank in Eastport.

Wende will be sadly missed and fondly remembered by all who knew and loved her, she was truly an exceptional woman.