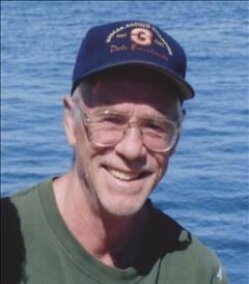 Eastport - On June 9th, 2021, Wayne Rehnelt died unexpectedly at his home in Quoddy Village at the age of 69 years old.

Wayne was born on January 24th, 1952, in Minnesota. He entered the U.S Marine Corps in 1973 as a private fighting in the Vietnam war conflict where he served two combat deployments. It was an honor for Wayne to serve his country.

Wayne married Jeannie Beanie in 2001 after he met her through a mutual friend. Although Wayne never had children of his own, he welcomed his wife’s children into his life as if they were his own. He spent most of his days at home in Perry with his wife, grandchildren (whom he loved so much), and dog “Abby”. He liked to collect sports memorabilia with his grandson Bryson, who named Wayne “Moomoo.” Special friends include Dwayne Tomah, Fred “Moose” Moore, and Gary Moore.

A service for Wayne is scheduled for Saturday June 19th at 9 am at Split Rock in Pleasant Point followed by a potluck luncheon at Jeannie’s home in Perry. Arrangements by Mays Funeral Home, Calais & Eastport.
To order memorial trees or send flowers to the family in memory of Wayne M Rehnelt, please visit our flower store.