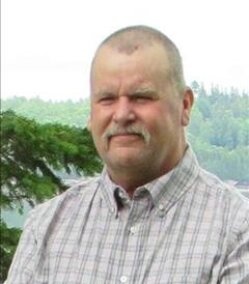 Vic grew up in numerous places around the world. He proudly served in both the Canadian Army in Explosive Ordinance, and the United States Army as an Army Ranger and an Airborne Military Police Officer. Following his military service, Vic proudly served as a Halifax City Police Officer in Nova Scotia, Deputy Sheriff with the Durham County Sherriff’s Office in North Carolina, and as a Corrections Officer with the North Carolina Department of Corrections. Vic was well respected by his peers and received many awards and achievements throughout his career.

A celebration of Vic’s life will be held at a later date. In lieu of flowers, donations in Vic’s memory may be made to PAWS Brave Hearts, 368 South St., Calais, ME 04619, or to a local SPCA in Canada. Arrangements by Mays Funeral Home, Calais & Eastport.
To order memorial trees or send flowers to the family in memory of Victor Norman Kerr, please visit our flower store.