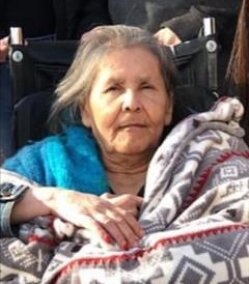 After graduating from Poland Job Corps, Valerie furthered her education by becoming a Paralegal. She worked for Pine Tree Legal in Calais for many years and later became the Census Director with the Pleasant Point Tribal Government, retiring in 2004. She also served two terms on the Council for Pleasant Point. Valerie loved children and enjoyed spending time outdoors going on hikes and camping.

Visitation will begin 1 p.m. Tuesday, January 4, 2022 at the home of Clayton and Judy Cleaves, 102 Indian Road, Perry until 10 a.m. Thursday, January 6. Masks will be required. A graveside service at Tahu Cemetery will be held at a later date. In lieu of flowers, donations in Valerie’s memory may be made to Huntington’s Disease Society of America, 505 Eight Ave. Suite 902, New York, NY 10018. Arrangements by Mays Funeral Home, Calais & Eastport.


To order memorial trees or send flowers to the family in memory of Valerie Ann Altvater, please visit our flower store.