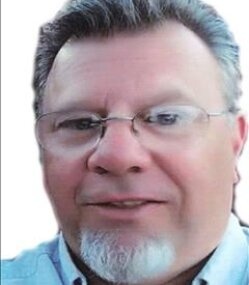 After graduating from Calais High School, Class of 1979, Tim worked maintenance for the Calais Methodist Homes and played drums in local bands. At the age of 22, he enlisted in the U.S. Army. Tim served with the Military Police and had two assignments as an Army Recruiter. He expanded on his career by taking numerous courses such as earning his Air Assault Badge, sniper marksman and special reaction team training. While stationed in Korea, he was a security specialist. Tim retired from the Army in September, 2003 with over 20 years of service.

Tim and his family returned to Calais where he worked maintenance for Atlantic Rehab and the Calais Methodist Homes. He had a love for music and was a self-taught guitarist, song writer and was a DJ for 15 years. Tim was an avid Harley Davidson enthusiast and enjoyed going on local organized rides. He enjoyed hunting, fishing, boating and spending time at the family camp on Nash’s Lake. Tim was a member of Sherman Bros. Post #3 American Legion in Calais.

A Celebration of Tim’s Life will be held 11 a.m. Sunday, August 29, 2021 at the Calais Cemetery with military honors. Arrangements by Mays Funeral Home, Calais & Eastport.
To order memorial trees or send flowers to the family in memory of Timothy Michael Kelley, please visit our flower store.