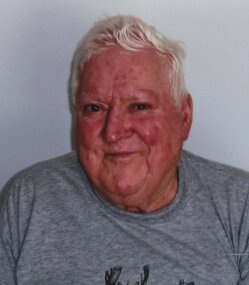 In addition to his parents, Ted was predeceased by seven brothers, Rene, Lionel, Camille, Roland, Philip, Benoit and Thomas; and his special friend and companion, Aurore Duplessie. Surviving are his daughter, Janice O’Neal and husband Tom of Calais; two grandchildren, Brian O’Neal and wife Kathleen Wallace of Eastport, and Jessica Woodman and husband Levi of Pembroke; two great-grandchildren, Aidan and Daphne Woodman; two sisters, Lucille Janowski of Portland, and Gilda Simms of CA; and many nieces and nephews.

In keeping with Ted’s wishes, there will be no services. A private burial will take place at a later date. Arrangements by Mays Funeral Home, Calais & Eastport.
To order memorial trees or send flowers to the family in memory of Theodore Michaud, please visit our flower store.