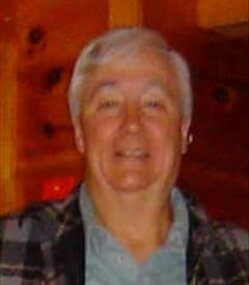 After graduating from Calais Memorial High School, Class of 1965, Terry was drafted into the U.S. Army during the Vietnam War. Following his service, he moved to Rochester, NY and started his career with Eastman Kodak. While working there, he met the love of his life, Frances Burns, and they were united in marriage in the 1980’s. After both Terry and Frances retired from Eastman Kodak, they decided to move to Baring in 2002. Terry loved woodworking and enjoyed being in the outdoors hunting and fishing.

In addition to his parents Norman and Evelyn Johnson, Terry was predeceased by his beloved wife Frances; a granddaughter, Lindsay Ager; and his brother Bobby Johnson. Surviving are his son, Jason Willett and his family of Baring; two sisters, Jean Joaquin and husband Joe of Old Town, and Marilyn Ross and husband Jeff of Norwich, CT; a brother Tim Johnson and wife Wendy of Baring; numerous nieces and nephews; and Fran’s children, grandchildren and great-grandchildren.

A memorial service will be held at a later date. Arrangements by Mays Funeral Home, Calais & Eastport.
To order memorial trees or send flowers to the family in memory of Terry Wayne Johnson, please visit our flower store.