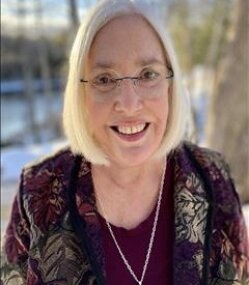 After graduating from high school, Suzanna earned a double-major Bachelor of Arts Degree in Psychology and Urban Affairs from the University of Alabama in Birmingham in 1975. In April of 1976, she enlisted in the U.S. Air Force, serving as a Public Affairs Specialist. Suzanna was very proud of her service, earning the Air Force Outstanding Unit Award, Air Force Good Conduct Medal, Air Force Longevity Service Award Ribbon, and on April 18, 1980, her Honorable Discharge.
Suzanna furthered her education, earning an Associate of Science Degree in Nursing from Manatee Community College in 1995, a Master of Science Degree in Nursing from the University of Tampa in 1998, and her Post-Graduate Certificate in Psychiatric-Mental Health from the University of South Alabama e-college in 2002; becoming dual-certified as a Family Practice and Psychiatric Nurse Practitioner. She went on to earn several Specialized Trainings in multiple states as continuing education throughout her career.

Suzanna worked as a Registered Nurse at Blake Medical Center, then at Shands Homecare in Bradenton, Florida. She moved to Maine and worked as a Family Nurse Practitioner at Indian Township Health Center in Princeton, Maine. Suzanna returned to Florida to care for her mother and worked for the Emergency Medical Services Association, Sarasota County Jail in Sarasota, Florida. After her mother recovered, she took a position at Norton Sound Health Corp. in Nome, Alaska. She then began working as a Psychiatric Nurse Practitioner at the Yukon-Kuskokwim Health Corp. in Bethel, Alaska. Pursuing her dream of living in Maui, Suzanna took a position at Maui Memorial Medical Center in Wailuku, Hawaii, then with the VA Maui Community Based Outpatient Clinic in Kahului, Hawaii. Returning to Maine, she transferred to the VA Maine Healthcare System, then later worked for Kennebec Behavioral Health in Augusta, Maine. Suzanna retired and moved back to Grand Lake Stream, Maine. After a short retirement, she decided to return to work and worked for St. Croix Regional Family Health Center in Princeton, Maine until her death.

Suzanna loved to stay active in her profession and was a Member of Sigma Theta Tau Int. Delta Beta-at-Large (1998-2008), on the Bethel Family Clinic Board of Directors, Bethel, Alaska (2004-2006), Member of the American Association of Suicidology (2005-2006), Member of Mental Health America of Hawaii (2006-2009), on the Mental Health America of Hawaii Board of Directors (2008-2009), Author and Recipient of the Trauma Informed Care Initiative of the Maui Memorial Medical Center Adolescent Psychiatric Unit (2009), Hawaii Mental Health Transformation State Incentive Grant Small Group Chairman, Task Force Member and Recipient of Uluakupu Awards (2006-2009), Member of the American Academy of Nurse Practitioners (2009-2012), Member of the American Nurses Credentialing Center Content Expert Registry (2012), American Nurses Credentialing Center Item Writer; responsible for writing new test items for ANCC certification examinations (2012), Member of the Hawaii Association of Professional Nurses (2009-2013), on the Hawaii Association of Professional Nurses Board of Directors (2010-2012), and she served as a guest lecturer and preceptor for the School of Nursing and Dental Hygiene at the University of Hawaii, Manoa, Honolulu, Hawaii (2009-2013).

Locally, Suzanna was a member of the Strumming Wildcats Ukulele Group of Grand Lake Stream. She was also a member of the Misty Morning Mermaids swimming group and the yoga group of Grand Lake Stream as well. She volunteered for the Princeton Elementary Drama Group and participated in the Princeton Elementary PTA until 2021. Suzanna had many interests and took up a number of hobbies over the years. These include photography, birdwatching, gardening, cooking, sewing, reading, playing guitar and ukulele, as well as various mediums of art and crafting activities.

Suzanna was predeceased by her parents, George Detko Sr. (2007) and Mary Detko (2006), and a brother, George Detko Jr. (2004). She is survived by her daughter Storm Dee, grandson Kai Dee, son Russell Dredla and his family, and her sister, Cathy Gibbs.

Suzanna was honored to serve her country and every community she spent time in. She will be dearly missed and forever loved.

To order memorial trees or send flowers to the family in memory of Suzanna Marissa Dee, please visit our flower store.