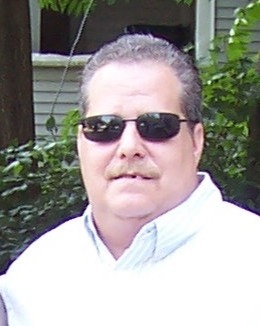 He attended Doherty High School and worked varies jobs through his life as a machine operator. Later in life he moved to Maine and tried his hand at Lobster Fishing. He loved to fish and thought how hard can it be. Stephen was never an early riser, having no sea legs and up before the birds as he put it, he knew he had to find something else. The only fishing he wanted to do was on land. So he went to work for Bell's IGA in the Deli until this past fall due to illness.
He always stayed in touch with family and friends with his weekly phone calls. He had a favorite Aunt Diane and lifelong friends Walter and his companion Sandy, who were a part of his life even being in Maine. Stephen loved being in the kitchen cooking with a beer in hand, always trying different recipes. I would ask what's in this, it's delicious, he would just smile. He loved making Greek Pie and dishes from his grandmother's recipes. I must admit now, it tasted better than my own, he was a great cook.

He leaves three sisters, Cindy Boulmetis and her husband Charles, Rachel Lara and daughter Dakota, his favorite sister Susan Lara and her life companion Basil; Two Nephews, Christopher and Adam Boulmetis and their spouses; many great nieces, nephews and cousins all in Massachusetts; Two granddaughters Hailey and Emily of Massachusetts. He was predeceased by a daughter Erica Lara of Worcester, Ma.

A private spreading of his ashes will be in the summer. Happy cooking my brother, you will be missed.  Arrangements by Mays Funeral Home, Calais & Eastport.
To order memorial trees or send flowers to the family in memory of Stephen R. Lara, please visit our flower store.