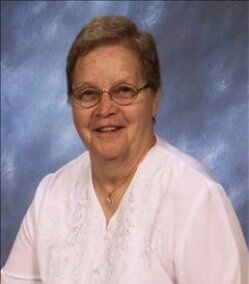 She was educated in Princeton, ME. Stella married Paul Lewis Kneeland on June 30, 1953. She was a homemaker and worked 18 years at Barnard’s Nursing Home. She was a faithful member of Second Baptist Church in Calais and enjoyed sewing, reading and gardening.

In addition to her parents, she was predeceased by husband Paul Lewis Kneeland Sr.; a son Paul Lewis Kneeland Jr.; brother Donald Richard Fitch; sister Barbara Jean McAlpine; and a special nephew Russell James Fitch. She is survived by a son Michael Kneeland of Anson; a daughter Barbara Davenport and husband Gary of Virginia Beach, VA; daughter-in-law Kathy Francis and husband Mike of Calais; numerous grandchildren and great-grandchildren; and a niece Dawn Dow of Milbridge.

A graveside service will be held 11 a.m. Tuesday, July 5, 2022 at Calais Cemetery. In lieu of flowers, donations in Stella’s memory may be made to the Baptist Youth Camp, PO Box 1214, Ellsworth, ME 04605. Arrangements by Mays Funeral Home, Calais & Eastport.
To order memorial trees or send flowers to the family in memory of Stella Mae Kneeland, please visit our flower store.