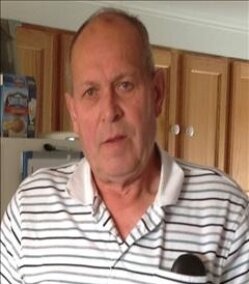 Stan graduated from Calais High School in 1960, and he went on to complete his bachelor’s degree in education from the University of Maine at Orono. He started his teaching career in Lowville, NY before returning to Calais where he taught 7th and 8th grade science and math at the Calais Middle School, a position he held until his retirement. Known around Milltown simply as “Big Stan,” he was a basketball standout at Calais High School, and he returned to the court to coach basketball at both the middle and high school levels. After his retirement, Stan and his wife Judy started New Horizons assisted living in Calais, which they operated from 1998 to 2017. He was an avid fisherman and hunter who loved Maine and the outdoors to his core, and he shared that love with folks from all walks of life as he served as a registered Maine guide. He also enjoyed collecting coins, sea glass, and other treasures.

In addition to his parents, Stan was predeceased by his beloved wife Judy, their daughter Paula, his sisters Karen Sue (Clark) Howland and Linda (Clark) McPhee, and his brothers Arnold, Phil, and Darrell Clark. Surviving are his son, Joe Clark and wife Jennifer; two grandchildren, Jason and Jocelyn Clark; sisters-in-law Sue Clark and Barbara Clark; sister-in-law Joan Burgess and her husband Roy; sister-in-law Jo Ellen Gallant and her husband John; brother-in-law Monty Travis; nephew Peter Howland, and many other family members and very dear friends who provided him love and support over the years.

A memorial service will be held at 11:00 AM on Tuesday, May 24th, 2022 at the Calais Cemetery. Services will be provided by Mays Funeral Home.

To order memorial trees or send flowers to the family in memory of Stanley Eugene Clark, please visit our flower store.