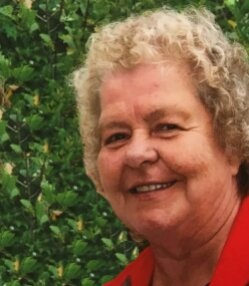 Eastport – Sandra G. Stevens, 73, passed away unexpectedly Saturday, January 9, 2021 at her home in Eastport. Sandra was born in Eastport on May 15, 1947, daughter of Seth Avery Jr. and Dottie (Hall) Avery.

Sandra attended Shead Memorial High School and on December 28, 1963, married her high school sweetheart, Elmer Stevens Jr. After their children became older, Sandra attended Washington County Vocational Technical Institute, earning her C.N.A. She worked at Eastport Hospital, Eastport Memorial Nursing Home, and later as a Phlebotomist for the Eastport Medical Center. Sandra was one of the primary founders of Eastport Full Gospel Assembly where she was a faithful member. She enjoyed cooking, cake decorating, but her true love was her family, especially her grandchildren.

A graveside service will be held at 2:00 pm on Thursday, May 27th at Hillside Cemetery in Eastport where she and her husband, who passed just days after her, will be buried together. Arrangements by Mays Funeral Home, Calais & Eastport.

To order memorial trees or send flowers to the family in memory of Sandra G. Stevens (Avery), please visit our flower store.