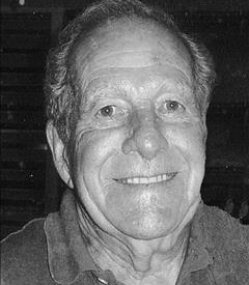 The son of Dominic Mollomo and Dorothy Madlyn Mollomo. Roy was known for his wit, and endearing sense of humor. He was a storyteller, a writer, a musician, and a history buff. He had an adventurous childhood in Pembroke, Mass., on a farm with 5,000 chickens, exploring nature and getting into hijinks with his siblings and friends. Roy attended Pembroke High School and then enlisted in the Marines during the Korean Conflict and was honorably discharged with rank of Sergeant. After his military service, Roy attended Emerson College in Boston graduating with a bachelor’s degree in broadcasting.

Roy lived in Boston as a young professional and joined the Columbia Record Company where he was instrumental in launching the careers of Bob Dylan, Barbara Streisand, Simon & Garfunkel, and other musicians. After Columbia Records, he joined Dunkin’ Donuts as Director of Marketing and eventually started a successful marketing and communications company, RandChris, named after his two sons. Later in his career, he specialized in turning around underperforming companies, finishing as CEO of Boyer Candy Company in Altoona, PA, maker of the Mallo Cup.

Earlier in his life, he was a sailor and skippered a small boat along the coast near Boston and was happiest when he was on or near the ocean. As a history buff, he welcomed discussions about American History offering fascinating facts and detailed insights. He was a musician who, while in college, could be spotted playing the bongos around campus, and his talent as a drummer landed him a few sit-ins with jazz legend Dave Brubeck. Roy enjoyed traveling, on recent cruises throughout the Carribean and trips to Hong Kong and Europe.

Roy enjoyed people and always found a friend wherever he went, often building deep long-lasting connections. He was good-natured and sincere in his love for family and friends.

A memorial service will be held early in August in Machias. Arrangements by Mays Funeral Home, Calais & Eastport.
To order memorial trees or send flowers to the family in memory of Roy Joseph Mollomo, please visit our flower store.