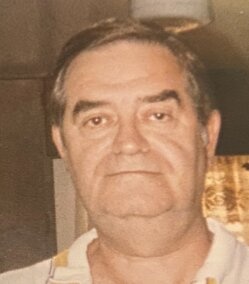 Robbinston, Maine & Birmingham, AL – Ronald Ralph Hanbury, 87, died on July 16,2021 at Robbinston Bridge Home. Ronald (“Ron” or “Ronnie” to his close friends and relatives) was born on November 7, 1933, in Birmingham, AL, the son of Ralph and Elizabeth (Hewlett) Hanbury.

Ron attended West End High School and later the University of Alabama. He also served six years with the United States Air Force. Ron was well travelled throughout his professional sales career working in a variety of industries. His family and friends will forever remember fondly Ron’s charismatic and charming nature which allowed him to positively touch an overwhelming number of lives as his wanderlust life journey took him around the country. Ron was an unusually gifted craftsman both artistically and with his woodworking “hobby”, although the latter ultimately became his trade.

Ron became very involved in his Church in Calais, ME. Late in his life he deemed it a calling to help teach Sunday school classes as he endeavored to help his community understand and embrace the tenets of his Christianity. Ron left a legacy of close friendships, and he will be missed.

In addition to his parents, Ronald was predeceased by his first wife, Janet (Parker) Hanbury and a sister, Mary Beth Hanbury and his close friend Ruby.

In keeping with Ronald’s wishes, there will be no services. Arrangements by Mays Funeral Home, Calais & Eastport.

To order memorial trees or send flowers to the family in memory of Ronald Ralph Hanbury, please visit our flower store.