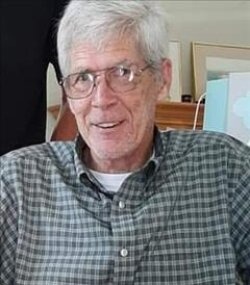 Ricky graduated from Calais High School, Class of 1975. While in school, he worked for his father’s business, DownEast Electronics, became a volunteer firefighter with Calais Fire Dept., and married his high school sweetheart, Ruth Lunn. Following graduation, he went to electronics school in Boston. Ricky returned home and continued working for his father until his retirement, at which time Ricky took over the business. In the mid 1990’s, he closed the store and focused primarily on computer repair.

Ricky was a member of Calais United Methodist Church and the St. Croix Bowling Club. He enjoyed stock car racing and even served on his nephew Trevor’s racing team at Speedway 95. Ricky was an avid reader and enjoyed tinkering on cars, golfing, hunting, fishing, watching westerns, and spending time at his camp on Nash’s Lake.


To order memorial trees or send flowers to the family in memory of Richard "Ricky" Lord, please visit our flower store.