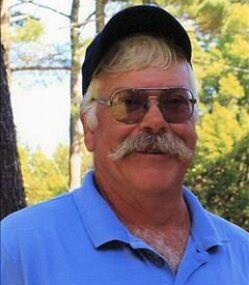 Richard, more commonly known as Richie or Dickie, was born on December 30, 1957, in Calais, Maine. He graduated from Calais High School in the class of 1976. In 1981 he met his future wife, Winnie Bishop when she worked at Bishop’s Cash Store. They were married on July 14, 1984, and Richie loved telling the story of how he and his groomsmen, who happened to be on a slow pitch softball team together, were nearly late to the wedding and had to change into their suits at the church. Richie loved kids and was overjoyed when their son Travis was born in 1988. He was a dedicated father, never missed a sporting event and supported everything Travis was involved in. Up until the day he died, Richie beamed with pride every time he spoke about Travis, and he often did.

Richie spent the majority of his time in nature and was a true woodsman. Work was his religion, and the woods were his sacred ground. He re-established the family’s Christmas tree farm with his best friend and brother Gerry, was a highly skilled logger, working for years alongside his Uncle Glen, and built wharfs and weirs across Eastern Washington County. There wasn’t anything he couldn’t do, from wreathmaking, farming, and carpentry to working on a tug boat and storytelling. He loved taking Winnie fishing, hiking, skiing, and for rides on Zola. He was always eager to give advice on and help Travis with his multitude of projects and enjoyed spending time playing games with his family. He had a wonderful and unique sense of humor and undeniable ability to make everyone laugh and leave with a smile. His kind, generous and helpful spirit will be tremendously missed.

A Celebration of Life will be held at the Johnson’s Tree Farm in Robbinston, ME in the Summer of 2022 (date to be determined). In lieu of sending flowers, plant a tree, preferably spruce, and spend time with loved ones because you never know when that time will run out. Arrangements by Mays Funeral Home, Calais & Eastport.

To order memorial trees or send flowers to the family in memory of Richard Wayne Johnson, please visit our flower store.