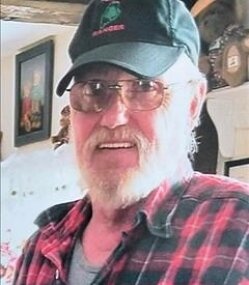 Addison - Richard D. Ingersoll, 71, passed away peacefully in his sleep on Sunday, July 10, 2022 with his wife of 51 years by his side after a long, courageous battle with cancer. He was born August 23, 1950 in Addison, ME to Jeanette (Kelley) Ingersoll.

Richard was a hard worker and held many jobs over his lifetime to provide for his family. He enlisted in the U.S. Army National Guard, serving as a Combat Engineer from 1970 until 1978. Richard worked as a mechanic, dug clams, went lobster fishing, worked on the blueberry fields, and worked in the woods cutting firewood. He was a long haul trucker, drove a bait truck and a log truck. He worked with his father-in-law plowing snow for many years for the town of Addison. He worked for Maine’s DOT for 25 years where he drove dump truck, plowed snow, and operated the grader. After his retirement, he went back to work driving a dump truck. He hated to give that up last year. He wasn’t one to sit still and was always willing to lend a helping hand to family and friends.

He loved to play around on his tractor, take rides on his side by side with his wife and youngest granddaughter and drive around visiting with friends. He also enjoyed many years camping at the lake and family cookouts at his daughter’s house.

Per his request, there will be no funeral or memorial service. In lieu of flowers, donations can be made in Richard’s name to Sarah’s House, 346 Main St., Holden, ME 04429 or online at sarahshouseofmaine.org. Arrangements by Mays Funeral Home, Calais & Eastport.

To order memorial trees or send flowers to the family in memory of Richard D. Ingersoll, please visit our flower store.