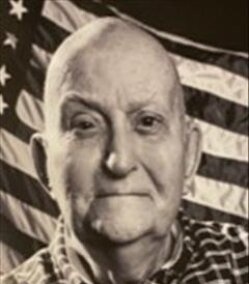 Richard graduated from Columbia Falls High School in 1945. He joined the U.S. Army in 1946 and served in the U.S. Army Finance Corps in the Philippine Islands. After his service, he continued his education at The University of Maine and graduated 1953 and earned his master’s degree in education in 1957. He taught at Shead Memorial High School in Eastport, Sumner Memorial High School and the campus school at the University of Maine Machias. He was Superintendent of Schools in East Corinth. He later became Superintendent of MSAD #37 in Harrington, Maine. After his retirement his dream of owning an Inn became a reality when he had his wife Patricia open the Holbrook Inn in Bar Harbor, Maine. Richard enjoyed his flower gardens, reading and traveling to England and Scotland with his wife and a trip with his grandson Jonathon.

He was predeceased by his parents; wife Patricia; son Jesse; and brothers’ Robert and Leighton Grant. He is survived by his sister Madeline Carpenter of Milo; sons, Alan Grant and his wife Violet of Columbia Falls, and Bayley Grant & wife Rebecca of Centerville; four grandchildren, Jonathon Grant and his wife Leslie, Elizabeth and her husband Gregory Getchell, Benjamin Grant and his wife Kristin and Bethany Grant; six great-grandchildren, Nicholas, Isabelle, Emily, Brianna, Joseph and Logan; and several nieces and nephews.

There will be a graveside service at 1 p.m. Saturday, June 25th, 2022 in the Columbia-Epping Cemetery, Columbia, Maine.

Following the graveside service friends and family are invited to Bayley and Rebecca’s house at 6 Caler Road, Centerville, Maine. At Dick's request there will be lots of food and stories to share.

Special thank you to the staff at Maine Veterans’ Home in Machias for all their care and compassion they had for Richard.

In lieu of flowers he has requested that you make Memorial donations to the United Methodist woman of Columbia Falls, c/o Joyce Grant, 471 Tibbettstown Rd., Columbia Falls, ME 04623. Arrangements by Mays Funeral Home, Calais & Eastport.

To order memorial trees or send flowers to the family in memory of Richard Holbrook Grant, please visit our flower store.