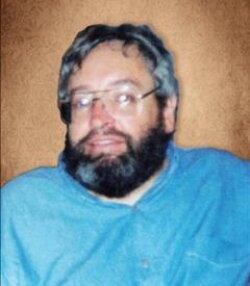 Alexander – Richard Frank Flood, 70, passed away surrounded by family on Thursday, May 26, 2022 at Maine General Hospital in Augusta. Richard was born in Calais on December 11, 1951, son of Russell and Louise (Richards) Flood.

Richard graduated from Woodland High School, Class of 1970, and enlisted in the U.S. Navy serving aboard the USS Voge. Following his service, he returned home and worked several jobs until finding his niche as a real estate agent. Richard owned and operated Flood Realty and worked for Mahan Real Estate prior to starting his career with the U.S. Postal Service. Richard was a postal worker for 22 years, all of which were at the Baileyville Post Office.

Richard was an avid outdoorsman and a Registered Maine Guide. He enjoyed gardening, hunting and boating but his real passion was fishing. Richard was never happier than behind the wheel of his pontoon boat on Meddybemps Lake. He loved taking friends, both old and new, out for the day and enjoyed seeing them catch fish as much as landing one himself. He caught and shared too many fish to count over his lifetime but never ate a single fish himself!

Second to his love of fishing was Richard’s love of cooking. Be it a class reunion, a church picnic or a weekend cookout, no one left hungry and there was always room at the table for one more person. Best of all was the pie to top off any meal! Richard was well known for his fried chicken, the recipe for which will never be duplicated as he took it with him.

Richard was a member of the Church of the Open Bible in Alexander for the past 14 years where he met many friends who became family. He greatly enjoyed participating in both the Men’s Breakfast and the Bible Study Group as well as regular Sunday services.

In addition to his parents, Richard was predeceased by his brother Russell “Rusty” Flood; and a cousin Alan Flood. Surviving are his beloved wife Mary (Plaisted) Flood; daughter Christina Flood and husband Jesse Collins of Whitefield; his grandson whom he loved dearly, Henry Collins; brother Robert Flood of Baileyville; nieces and nephews, Holly Volpe, and Joel, Justin and Kaitlyn Flood; special friend who was like a brother, Raymond Savage and his wife Kathy; and his canine companions, Rosie and Maggie.

A graveside service will be held 11 a.m. Saturday, June 18, 2022 at the Alexander Cemetery. Arrangements by Mays Funeral Home, Calais & Eastport.
To order memorial trees or send flowers to the family in memory of Richard Frank Flood, please visit our flower store.