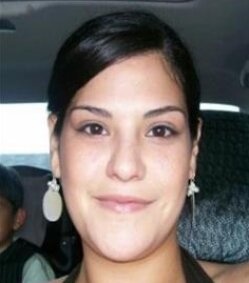 Renee attended Lee Academy for two years, Calais High School, and graduated from Shead High School, Class of 2001. She moved to Bar Harbor where she worked as a waitress. Renee earned her CNA certificate and in 2003 welcomed the birth of her son, Aidan. Renee and Aidan lived in Saco for several years where she worked for a local nursing home and earned her CRMA certification. Renee and Aidan eventually moved back home to be closer to family and she worked at Marshall Healthcare in Machias, Atlantic Salmon, and fishing scallops and lobsters with her friends. Most recently Renee was making traditional Passamaquoddy arts with sweetgrass. She was a gifted writer, very spiritual, and loved animals, especially her dog Penupsk. Above everything, her most cherished moments were the times she spent with her son Aidan.


To order memorial trees or send flowers to the family in memory of Renee Julia Nicholas-Pond Bubier, please visit our flower store.