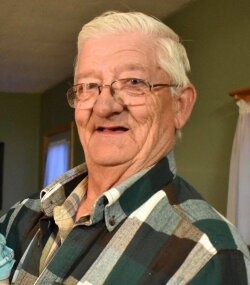 After graduating high school in Island Falls, Ray worked for the Island Falls Hardware until enlisting in the U.S. Air Force. Following his service, he returned home and went back to work for Island Falls Hardware until starting his career in the service department at Pratt Ford in Millinocket. In 1978, Ray relocated to Calais to help set up the new Pratt Ford location where he served as the service manager. He eventually returned to Millinocket where he retired from Perley Wheaton Ford. Ray loved spending time with his family, especially his grandchildren.

A celebration of Ray’s life will be held at a later date. Arrangements by Mays Funeral Home, Calais & Eastport.
To order memorial trees or send flowers to the family in memory of Raymond E. Faulkner, please visit our flower store.