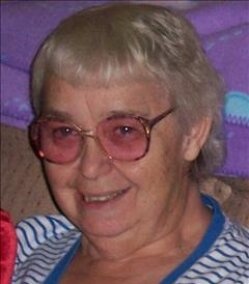 Edmunds Twp - Priscilla Carol Hobart, 83, of Edmunds Twp, passed away on June 3, 2021. Priscilla was born on November 29, 1937 to Vinal and Doris Tarbell in Waterville.

Priscilla was a beloved mother, teacher, and community volunteer. She spent decades as a teacher, and after retiring she continued to work as a substitute teacher, volunteered at the Dennysville library and taught Sunday school at the Dennysville Congregational Church.
In 1967, she met Richard, and they wed on December 27, 1968, going on to have 2 children, Thomas and Daniel.

Priscilla was predeceased by her parents, Vinal and Doris Tarbell and her brother John Tarbell. She is survived by her husband Richard; her two sons, Daniel and wife Deborah of North Yarmouth, and Thomas of Pembroke; grandchildren Justin and Hailey; her sister Dolores and husband Ted of Portland; brother Dick and wife Joanne of Largo, FL; and sister-in-law Edie of Gorham.

A Celebration of Priscilla’s Life will be held 10 a.m. Saturday, June 19th at the Dennysville Congregational Church, 15 King St., Dennysville. Burial will follow in the Dennysville Cemetery. Arrangements by Mays Funeral Home, Calais & Eastport.
To order memorial trees or send flowers to the family in memory of Priscilla Carol Hobart, please visit our flower store.