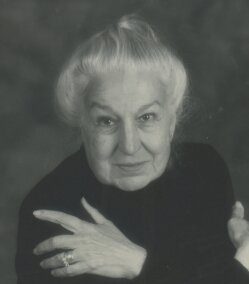 Eastport – Phyllis Clarke Bradbury, 96, peacefully passed away on the morning of September 4, 2021, with her surviving children, Barbara Ann and Will, by her side, and her beloved puppy, Camilla, at her feet. Phyllis Beatrice Clarke was born in Oakland, CA, on July 24, 1925, to Lurene (Johnson) Clarke, of Cleveland, TN and William C. Clarke of Alix, Alberta.

The Clarke family expanded to include, brothers, William T., born in 1926, John Robert, born in 1930 and James Clifford, born in 1938, and settled in Redwood City, CA in the early 30s. The family struggled through the Great Depression, while Phyllis attended Sequoia High School in Redwood City and graduated a year early shortly after the outbreak of WWII. She attended the University of California at Berkeley and alternately worked at the Standard Oil refinery in Richmond as part of the war effort. After WWII she returned to UC Berkeley but in April 1947, she delayed her education again to marry William E. Bradbury. The Bradbury’s moved to Lafayette, CA where they started a family, Beatrice Eleanor was born in 1948, followed by William E. III in 1951 and Barbara Ann, 1953. In 1957 Phyllis returned to school and earned her degree in Biology. In 1959 she separated from her husband and moved to Berkeley to start a master’s program in Zoology. She worked full time as an instructor and researcher while studying for her master’s degree, and then her PHD in 1965. Phyllis then accepted a fellowship at The Rockefeller Institute in Manhattan, NYC and in 1967 joined the zoology faculty at North Carolina State, where she taught for 31 years.

A prolific researcher and expert electron microscopist, Bradbury’s research interests centered on the morphogenesis of ciliates and the fine structure of protozoan parasites of marine invertebrates. Beyond research, however, she became a pioneer in improving conditions on campus for women faculty, students, and staff, leading efforts to secure salary equity for faculty women and to provide mentoring for women faculty at NC State. In 1977, after a whirlwind courtship she married Robert Douglas, a fellow professor at NCSU, and they spent many happy years together until his death, also in Eastport, in 2009. Dr. Bradbury never visited Antarctica, but as a world renowned protozoologist, she travelled to every other continent, and spent some summers doing research at Marine Biological Laboratories in Friday Harbor, WA, Woods Hole MA, and her favorite, Station Biologique de Roscoff, in Roscoff, Brittany.

It was her attraction to small, rugged coastal towns that led her to Eastport in 1996, and after 2 summers, she decided to retire from teaching and settle full time in Eastport. She participated with Stage East, volunteered as a Peavey Memorial Library Board Member for 22 years, contributed to the Literary Roundtable, and attended Christ Church, among many other activities. She was a kind and generous person and more than one Eastporter received a helping hand through difficult times from her selfless gifts.

Phyllis was predeceased by her daughter, Beatrice Bradbury Brown and her husband Robert Douglas.

Her life was filled with many friends and colleagues, including fellow grad student Greta Tyson (Rosenburg) of Harwich, MA, her traveling buddy and dear friend Mary Pottle; "That wonderful woman", Melanie Cummings, her movie partner Marie Holmes, and Sussan Coley. Phyllis wanted no funeral or celebration, and didn't even want an obituary, but heartfelt gifts to the Labor of Love Food Pantry, The Peavey Library, or a neighbor in need would be appropriate.

To order memorial trees or send flowers to the family in memory of Phyllis B. Bradbury (Clarke), please visit our flower store.