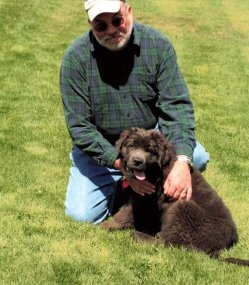 Paul was an accomplished legal scholar, he graduated first in his class from the University of Utah, College of Law, earning his Juris Doctor degree (Order of the Coif) in 1974 after completing his undergraduate studies at Utah State University in 1971. He then went on the earn an LLM from the University of Virginia in 1980. Paul served as a law clerk to Judge Robert H. McWilliams, US Court of Appeals for the Tenth Circuit and was commissioned a 2nd Lt. in the US Air Force in 1971 and served on active duty as a JAG officer at the rank of Captain (1974-78). Frequently contributing to law reviews, Paul also authored several books, including Employment Discrimination and The Law of Employment Discrimination: Cases and Commentary. Paul spent over two decades in legal education, with six years at Valparaiso University before joining the faculty at Indiana University School of Law in 1986 from which he retired in 2013.

Paul had a great love of the ocean and liked nothing better than sitting by a crackling fire with a good book and a blizzard blowing outside. He long planned his retirement to Eastport where he and his wife, Chris, filled their days with joyful activities, including cruising his boat in the bay, whale watching with Butch and Skip and Happy Hour with friends.

Paul was predeceased by his father, Herman Cox and sister, Janet Cox.

Paul was a loving husband, father and friend who will be remembered by his wife, Chris Cox; mother, Carole Cox of ID; three children, Jennifer Cox of HI, Kimberlie McCammon of IN and JC Neel and his wife Tracey of Bar Harbor; two grandsons, Jordan McCammon Sr and Samuel Neel; a great grandson, Jordan McCammon Jr; sister, Cathryn Astin and her husband Marc of ID and several nieces and nephews.

A graveside service will be held at 3:00 pm, Saturday, September 12th at Bayside Cemetery, Eastport. In lieu of flowers donations can be made in Paul’s memory to Breast Cancer Research at www.bcrf.org or Sarah’s House at sarahshouseofmaine.org. Arrangements by Mays Funeral Home, Calais & Eastport.


To order memorial trees or send flowers to the family in memory of Paul N. Cox, please visit our flower store.