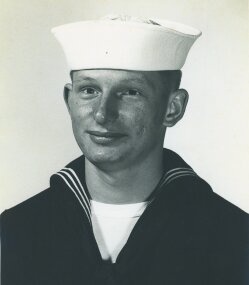 After graduating from Seymour High School, Class of 1964, Paul enlisted in the U.S. Navy, serving as a jet mechanic, stationed with the Anti-Submarine Squadron Eleven. Following his service, Paul returned to Connecticut where he worked for Schiava Construction. On October 1, 1988, he married Sharon (Stanziale) Czajkowski. In 1989, Paul started his career with Pratt & Whitney, retiring in 2011. In 2020, Paul and Sharon moved to Calais. Paul loved the outdoors and enjoyed fishing, yardwork, gardening, traveling to Disney World, and was an avid NASCAR fan.

To order memorial trees or send flowers to the family in memory of Paul Joseph Atkas III, please visit our flower store.