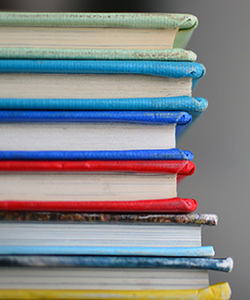 In 1955 Nina graduated from Lee Academy and then went on to attend Atlantic Union College in Massachusetts where she earned her bachelor’s degree in education, specializing in math and science. Soon after, she moved to Michigan and taught high school for a couple years before returning to Maine. She then took a position at Calais High School where she taught for 25 years before retiring in 1988. It was during her time at Calais High School that Nina returned to college earning her master’s degree in education from the University of Maine, Orono.
Nina was an avid reader, enjoyed crocheting, sewing and embroidering and loved spending time with her family.

In addition to her parents, Nina was predeceased by her brother, John Rhoades and his wife Barbara; nephews, Edgar Rhoades, Richard Hraba and Vaughn Monk and her niece, Gail Jason and her husband, Augustus.

She will be fondly remembered by her many nieces and nephews, Grace Hraba, Daniel Rhoades and his wife Joyce, all of Topsfield, Mary Rhoades of Camden, NY, Marion Monk and Cindy Rhoades, both of Topsfield; and several generations of nieces and nephews that followed, each holding a special place in Nina’s heart.

A graveside service will be held 6 p.m. Tuesday, September 3, 2019 at Rhoades Cemetery in Topsfield. Arrangements by Mays Funeral Home, Calais & Eastport.
To order memorial trees or send flowers to the family in memory of Nina Ellen Rhoades, please visit our flower store.