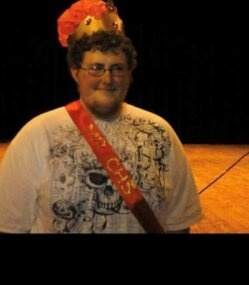 Nick graduated from Calais High School, Class of 2012, where he was active with the Drama and Chess clubs. He went to work at Acrobat in Calais, Walmart, and most recently was employed at Hardwick’s. Nick enjoyed playing video games, going to concerts with friends, but above all, he loved spending time with his family, especially his twin nieces Hallie and Ava. Nick will be remembered for his kind, caring and gentle nature. He always enjoyed joking around and had the driest sense of humor. Nick was always the life of the party and always brought joy to those close to him.

Nick was predeceased by his grandmother, Nancy Perry. Surviving are his mother, Jennifer McNeil of Calais; grandfather, Ernest Perry of Calais; his sister Jade Smith of Calais; his two nieces, Hallie and Ava Taylor; uncle and aunt Jamie and Kelly Perry; great uncle and great aunt Sam and Kristi Saunders; his best friend Mike Gardner; many cousins; and his extended family at Hardwick’s.

Visiting hours will be held 4-6 p.m. Sunday, October 20, 2019 at Mays Funeral Home, 26 Church St., Calais. In keeping with Nick’s wishes, there will be no services.
To order memorial trees or send flowers to the family in memory of Nicholas Wesley Blair Smith, please visit our flower store.