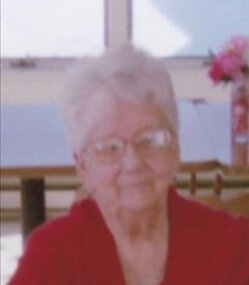 Robbinston and Calais – Nadine Edwina Stanhope, 84, passed away with her daughters by her side on Monday, January 10, 2022 at Calais Community Hospital. Nadine was born in St. Stephen, NB on July 31, 1937, daughter of Harle and Maud (Murphy) Winslow.

After graduating from Calais High School, Class of 1955, Nadine attended business school in St. Stephen and worked at Grants Department Store in Calais. On November 23, 1957, she married Philip Stanhope. Together they owned and operated Stanhope’s Farm in Robbinston. Nadine was a member of the Second Baptist Church, and throughout the years was a member of Rainbow Girls, Order of the Eastern Star and several Granges. She loved spending time with family and enjoyed gardening, crafts, working crossword puzzles, and watching game shows on TV. Nadine was a strong woman and she “sparkled” with craft glitter and love.

To order memorial trees or send flowers to the family in memory of Nadine Edwina Stanhope, please visit our flower store.