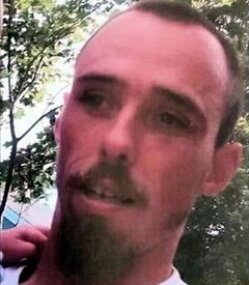 Michael attended schools in Calais and later worked various seasonal and construction jobs that kept him outdoors where he loved to be. Those that knew and loved Michael will remember his kindhearted nature and the smile that lit up his face.

Michael was predeceased by his maternal grandparents, John and Velna Steadman. Surviving are his sons, Nathaniel, Lucien, Jason, Tyler and Braxton; his daughter Maygin Leighton; parents Patricia and Steven Russell of Calais; sisters Jamie DelMonaco of Calais and Shana Palmer of Sanford and their families.

A Celebration of Michael’s Life will be held at a later date. Arrangements by Mays Funeral Home, Calais & Eastport.
To order memorial trees or send flowers to the family in memory of Michael Andrew Steadman, please visit our flower store.