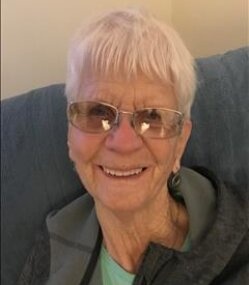 Mary grew up in New York where, as a child she enjoyed attending Mets games with her brothers. She had a love for Maine and visited for many years until she met William Sturk, of Pembroke. The two were married in 1974, when Mary made Pembroke her home. She eventually ended up relocating to Calais.

Mary was gentle soul who looked forward to spending time with her daughters and especially her granddaughters, who lovingly knew her as “Mammie”. Mary also enjoyed her many cats and could often times be found just relaxing and watching television.

In addition to her parents, Mary was predeceased by her husband, William in 2017.

In keeping with Mary’s wishes, there will be no funeral service. Arrangements by Mays Funeral Home, Calais & Eastport.
To order memorial trees or send flowers to the family in memory of Mary T. Sturk, please visit our flower store.