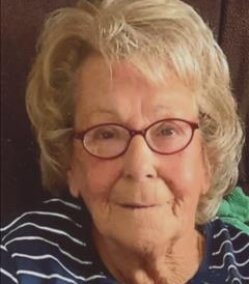 After graduating from Calais Memorial High School, Class of 1957, Mary worked as a teller for Merrill Trust in Calais, and for Attorney William Boardman. In 1958 she married her first husband, John Tracy, and together they had three children, Kelly, Karen and Keith. On December 8, 1967, she married Lewis Stone and together they had two children, Crystal and Mary “Tina”. When her children were older Mary returned to school, attending Washington County Vocational Technical Institute where she studied accounting and obtained her EMT certification. Mary went to work as an EMT for the next 20 years with Newell’s Ambulance Service. In later years Mary worked as a sales associate at Walmart, retiring after receiving her 20-year pin. Mary loved playing bingo and spending time with her children and grandchildren.

A Celebration of Mary’s Life will be held 1 p.m. Saturday, March 26, 2022 at Mays Funeral Home, 26 Church St., Calais. Visitation will be held 1 hour prior to the service from 12 to 1 p.m. In lieu of flowers, donations in Mary’s memory may be made to a charity of one’s choice.

To order memorial trees or send flowers to the family in memory of Mary Rosalie Stone, please visit our flower store.