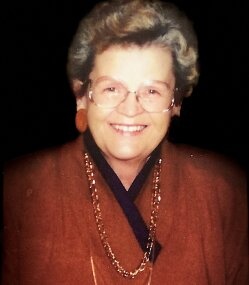 Calais – Mary Merrill, 96, passed away Friday, September 11, 2020 at Marshall Healthcare in Machias. Mary was born in Kosice, Czechoslovakia on May 12, 1924, daughter of George and Helen (Yurco) Rusnak.


To order memorial trees or send flowers to the family in memory of Mary Hold Merrill (Rusnak), please visit our flower store.