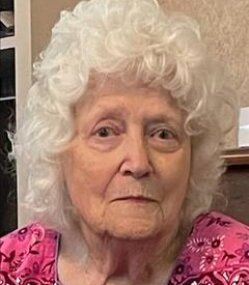 Edmunds Twp – Mary Lou "Sonny" Brown, 83, passed away Saturday, May 7, 2022 at her home surrounded by family. Sonny was born in Wheeling, WV, on April 14, 1939, daughter of Laverne Toland and Marjorie Edith (Gordon) Olmstead.

Sonny graduated from Rich High School in Park Forest, IL, Class of 1957. On October 8, 1957, in Chicago Heights, IL, she married her love, Benjamin Brown. Sonny raised her children and her and Benjamin moved to Toledo, OH. She loved children and became a Brownie and Girl Scout Leader, taught ceramics, served as secretary for the local Mother’s Club, and became a member of the local PTA where she was an advocate for children’s education and rights. Eventually they moved to Connecticut where Sonny taught herself how to needlepoint and continued her advocacy for the children in local schools. Upon Benjamins retirement, they moved to Edmunds Twp. Sonny became a member of the local Red Hat Society.

In keeping with Sonny’s wishes, there will be no services at this time. Arrangements by Mays Funeral Home, Calais & Eastport.
To order memorial trees or send flowers to the family in memory of Mary Lou Brown, please visit our flower store.