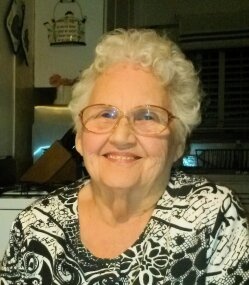 Eastport and Largo, FL – Mary Lou Camic, 92, passed away December 31st, 2020 at Palm Garden of Pinellas in Largo, Florida. Mary was born in Perry on June 30, 1928, daughter of Maynard and Mattie (McPhail) Hibbard.

Mary graduated from Shead High School, Class of 1946, and on March 14, 1947, she married Sherman E. Camic. They moved to Massachusetts where Mary worked in quality control for Transitron Electronics in Wakefield for over 20 years. After they closed, she worked for Data Printer and then for Stryco Electronics in Malden until her retirement in 1982. Mary and Sherman eventually moved back to Eastport. Beginning in the early 1990s Mary spent winters in Florida. She was a former member of Maplewood Baptist Church in Malden, MA, where she was baptized.

A graveside service will be held at 10:00 am, Tuesday, May 25th at Hibbard Cemetery, Koluskap Road, Perry. In lieu of flowers, donations in Mary's memory may be made to PAWS Brave Hearts, 368 South St,. Calais ME 04619 or Blakey United Methodist Church in Eastport. Arrangements by Mays Funeral Home, Calais & Eastport.
To order memorial trees or send flowers to the family in memory of Mary Lou Camic (Hibbard), please visit our flower store.