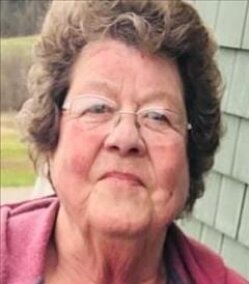 Pleasant Point – Mary Louise Barnes, 72, passed away at home surrounded by family on Thursday, December 30, 2021 following a courageous battle with cancer. Mary was born in Eastport on May 15, 1949, daughter of George and Jane (Schaffner) Morrison.

Mary graduated from Malden High School in Massachusetts and while visiting home in Eastport during high school she met her love, Maxwell “Chick” Barnes. She worked as an insurance clerk for Prudential Insurance Co. in Boston and on December 23, 1967, Mary and Chick were united in marriage in Eastport. They lived in Malden and Everett, MA but their love for Maine led them to eventually move back home to Washington County.

Mary loved children. She served on the Wabanaki Coalition, working with all Maine Tribes to start the Truth & Reconciliation with the State of Maine DHHS, recognizing Native American children being placed with Native American families. In 2019, Mary was honored at a ceremony celebrating her love and devotion to children. Throughout the years, Mary has helped and protected hundreds of children. She loved being a foster parent and enjoyed crocheting and volunteering for the Elderly Bingo at Pleasant Point.

In addition to her parents, Mary was predeceased by her beloved husband Chick Barnes; a son James Barnes; and a granddaughter Chelsea Barnes. Surviving are five children, Joseph Barnes and wife Dorothy of Indian Township, Lisa Demolet and husband Tim of Pleasant Point, Amy Barnes of Robbinston, David Barnes of Pleasant Point, and Walter Sockabasin and companion Jessica Brainerd of Corinna; 18 grandchildren; 7 great-grandchildren; sister Linda Lewey of Eastport; a brother George Morrison and wife Wendy of Campobello Island, NB; special cousins John and Carol Johnson of Old Orchard; many other cousins, and nieces and nephews; dear friends and extended family Darren and Donna Paul and their family; and a special friend Molly Newell.

The family wishes to thank Mary’s hospice nurses, Melanie Howard and Janie Carter, for the compassion and care given to Mary.

To order memorial trees or send flowers to the family in memory of Mary Louise Barnes, please visit our flower store.