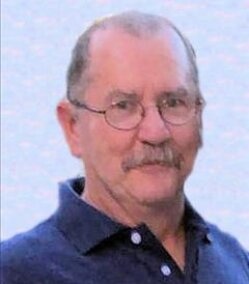 Alexander – Martin “Pepa” Lee Smith, 68, passed away Sunday, December 5, 2021 surrounded by family and dear friends Maurice and Cyndy Brown at St. Joseph Hospital in Bangor due to complications of COVID. Martin was born in Dexter on October 17, 1953, son of Robert and Gloria (Gaddis) Smith.

While still in high school, Martin married his high school sweetheart, Wanda Doughty, on April 17, 1971. After graduating from Woodland High School, Class of 1972, Martin attended Eastern Maine Technical College, earning his associate degree in Machine Tool. In 1974 he started working at Georgia Pacific and in 1988 moved to New York to work at Potsdam Paper. In 1990 he returned to Maine and worked for Lincoln Pulp & Paper and later as a field supervisor for Bremco, field service engineer for Alstrom, project manager for both DBI and Matrix, and in August 2016 returned to Woodland Pulp, retiring on October 29, 2021.

Martin was a member of Dennysville Snowmobile & ATV Club. He enjoyed woodworking and building things, and being in the outdoors whether it was cooking on the grill, hunting, riding his SxS, or pontoon boating on Pleasant Lake. Above everything, his most cherished times were those spent with this family and friends.

In keeping with Martin’s wishes, a private graveside service will be held at a later date in the Woodland Cemetery, Baileyville. Arrangements by Mays Funeral Home, Calais & Eastport.

To order memorial trees or send flowers to the family in memory of Martin Lee Smith, please visit our flower store.