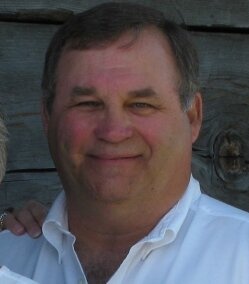 Mark Robert Westman, 69, passed away peacefully Saturday, October 23, 2021. Mark was born May of 1952 in Caribou and moved to Waterville in the early 1960’s with his family. He is the third child of Orick and Marjorie (Danforth) Westman.

Mark attended the Waterville school system until his graduation from Waterville Senior High School in 1969. It was at this point he joined the Navy.

We will all best remember Mark for his service to our country which he did so very proudly from 1970 to 1974 serving two tours of duty in the Vietnam war, released from active duty, and transferred to naval reserve until 1976. It was during this service he received the National Defense Service Medal, Vietnam Service Medal with two bronze stars, and Republic of Vietnam Campaign Medal. Mark dabbled in many kinds of work some of which included working for F.W. Webb and eventually retiring from LL Bean after 15 years. He was also a member of the Elks Club in Waterville. He enjoyed his retirement traveling, eating out, playing cribbage with friends, and watching the New England Patriots play. Mark loved being around people and being outside with nature.

Mark is preceded by his parents and sister Barbara Varney who passed in 2019.
Mark is survived by his longtime partner Christie Chevonelle of Waterville, daughter Megan Ring and granddaughter Rowen Ring of Florida, sisters Judith Westman of Skowhegan, Evelyn Carter and husband Troy of Vassalboro, and Patricia Hagerty of Hinckley, brother Robert Westman of Fairfield, nephew and godchild Sinjin Rancourt and wife Amber of Winslow, and many cousins, nieces and nephews.

In keeping with Mark’s wishes, there will be no visiting hours. He will be cremated and buried at the Veteran’s Memorial Cemetery, 163 Mt. Vernon Rd., Augusta, Maine. Services will be held at the Cemetery at 1:00 pm, on November 3, 2021, at the burial site itself. In lieu of flowers, please send donations to the Waterville Animal Shelter in Waterville, Maine.