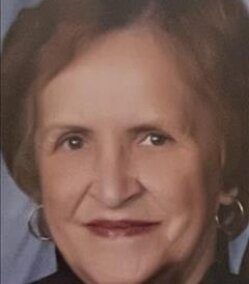 Marina grew up in St. Stephen and attended local schools. She graduated from Lady Dunn Trade School, earning her license as a L.P.N.in 1965. After graduating from nursing school, Marina started her nursing career at Charlotte County Hospital in St. Stephen for three years. In 1968, Marina continued her education beyond nursing and completed a secretarial course which provided her an opportunity to work at the Fenderson Brokerage agency in Calais for a year until starting her nursing vocation with Calais Regional Hospital. Marina expanded her nursing skills by attaining an instructor’s certificate for First Aid and CPR to teach employees at Georgia Pacific in 1985.

On August 8, 2008, she retired her “nursing cap” with almost forty years of service with Calais Regional hospital working in a variety of nursing positions. In 2010, Marina and her husband, John moved to the Avalon Villages, in Hampden, to be closer to their family and relish the gifts of “grandparenthood”. During retirement, Marina enjoyed her lifetime hobbies of listening to music, dancing, baking, knitting, ceramics, and cake decorating. Marina was a member of St. Anne’s Episcopal Church in Calais, St. John's Episcopal Church in Bangor, and a past president of the Calais Jaycee Wives in the sixties.

Marina is predeceased by her mother, Blanche Woodside. Survivors are her husband of 57 years, John Nixon; two children, Roger Cook and wife, Wendy of St. John, NB, and Tricia Spearin and husband, Jason of Nottingham, NH; three grandchildren, McKenzie and Brooklynn Cook, and Jadyn Spearin; her sister Shirley Kile and husband, Dave of Arizona; and numerous dear friends and relatives.

A Celebration of Marina’s Life will be held, 1:00 pm, Saturday, September 4th at the Calais Cemetery. Arrangements by Mays Funeral Home, Calais & Eastport. In lieu of flowers, donations can be made in Marina's memory to Bangor Humane Society, , and Sarah's House of Maine, . The family wishes to extend their sincere appreciation for the comforting words, prayers, and acts of kindness shown by relatives, friends, Hospice, and long-term care agencies, Visiting Angels and Anchor Care. There will be no reception following the burial ceremony. May God continue to bless all of you.
To order memorial trees or send flowers to the family in memory of Marina Louise Nixon, please visit our flower store.