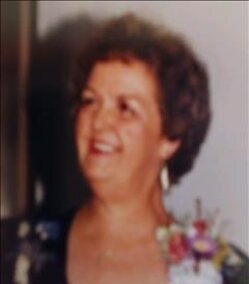 She graduated from Calais Memorial High School in 1950. After a brief employment as a clerk for Beckett and Company, she was employed as a telephone operator, eventually retiring from AT&T after 30 years. Her switchboard duties took her to Calais, Brewer, El Paso, Texas and Fairbanks, Alaska.

She was married to Peter Grasse of Brewer and to Master Sergeant Charles Lee Bauer whom she met while he was serving in Fort Bliss, Texas. Maida also lived for many years in North Port, Florida, a short while in Sun City Center, Florida and then San Tan Valley, Arizona.

Interment will be in Calais Cemetery alongside her mother. Arrangements by Mays Funeral Home, Calais & Eastport.
To order memorial trees or send flowers to the family in memory of Maida Barnes Bauer, please visit our flower store.