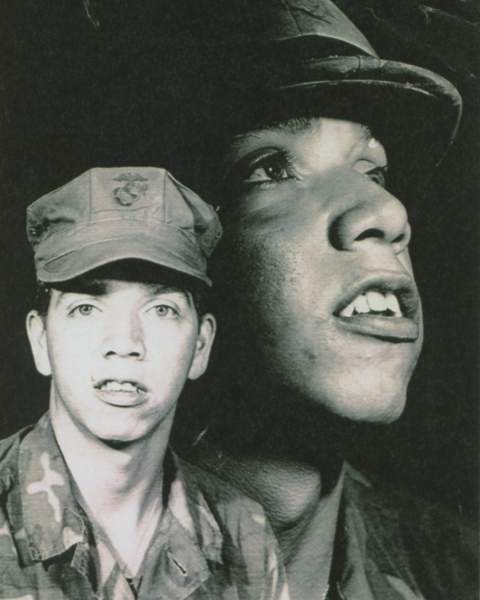 Louis Joseph Paul (Bee), 71, passed away on August 21, 2022 at his home surrounded by his loved ones at Pleasant Point, Sipayik, ME. Louis was born on April 23, 1951 to Burra Lincoln and Annie Paul. At the age of 17, Louis enlisted in the United States Marine Corps where he worked on the front lines as a demolition expert in the Vietnam War. Louis was honorably discharged from the Marine Corp with two Purple Hearts. Upon returning home, Louis met the love of his of life of 50 years, Barbara.

Louis was a proud Passamaquoddy man he loved dancing to the drums and Rock & Roll, and was very good at both. Louis worked his whole life for his Sipayik Passamaquoddy community as a carpenter, a farmer, the 4H Club, and a tribal council member. As a proud veteran, Louis was a member of the Honor Guard, the POW MIA Flag Holder, and a life-long member of the VFW. His list of accomplishments, groups, and friends were a big as his heart.

Louis is survived by his loving and devoted wife, Barbara; their three children, Rachel Paul and boyfriend, Mark of Everett, Mass., Glenn Paul and his girlfriend, Alison of Waterville, ME, and Marie Paul and husband, Michael McCaslin of Cutler, ME, grandchildren Taylor-Marie Altvater, Louis McCaslin, Annie-Mae McCaslin, Liliana Paul, Summer Rose Paul, Becca, Dalton Surles and girlfriend, Lena Delmonico, Logan Surles, and Peyton Beal; and great grandchildren, Olivia and Eliana, his siblings Lorraine Francis and Gracie Paul of Pleasant Point, Margaret Paul and husband, Stanley of St. Mary’s Reserve in Fredericton, NB, and sister-in-law Jan Lincoln of South Bristol, ME. Louis was predeceased by his mother Annie, his father Burra, his brothers, Michael Paul, Frederick Paul, David Lincoln, and Philip Lincoln, his sisters Mary Elsie Cook and Dianne Apt, and many aunts and uncles. Louis also leaves behind many nieces and nephews, and many special friends, Pinto, Duck, Jerry, Dale L., General, Will, Chris A., Gene Wayne, Hip, Donny, Richard and Batya, Zaiden, Felix, Hazel, and Jay, his godchild Janice Dana, the neighbors, and a special friend, Judy Suddy and her boys, Kayden and Noah. Finally, he leaves behind his Wabanaki Trails Family and his favorite niece, Amy-Joe.

Visitation will begin on Wednesday August 24, 2022 at 11:00 a.m. at his sister, Lorraine’s home 37 Side Road in Pleasant Point Sipayik until Friday August 26, 2022 at 11:00 a.m. In keeping with Louis’s wishes, there will not be a graveside service, instead a Passamaquoddy traditional service for anyone who wishes to pay tribute to Louis. In lieu of flowers, please make donations in Louis’s honor to St. Jude’s Children’s Hospital. Arrangements made by Mays Funeral Home, Calais and Eastport, ME.

To order memorial trees or send flowers to the family in memory of Louis J. Paul, please visit our flower store.