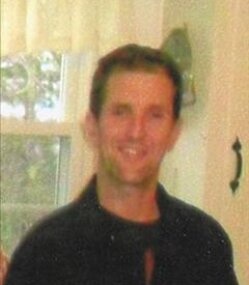 Lew attended Calais High School and graduated from Woodland High School, Class of 1993. He enlisted in the U.S. Army, serving in the infantry. Following his service, he returned home and worked various jobs until starting with Abhe & Svoboda, painting industrial projects including bridges and towers throughout the United States and Cuba.

Lew was predeceased by his mother, Donna Furlong; and his grandfathers, Stephen McDonough and Everett Dwelley. Surviving are his father, Llewellyn Dwelley Sr. and wife Bonnie of Calais; step-daughter Jada Harding of Eastport; grandmothers Theo McDonough of Dover and Viola Dwelley of Calais; a brother Wayne Dwelley of Alexander; and several aunts and uncles.

A Celebration of Lew’s Life will be held at a later date. Arrangements by Mays Funeral Home, Calais & Eastport.
To order memorial trees or send flowers to the family in memory of Llewellyn Percy Dwelley II, please visit our flower store.