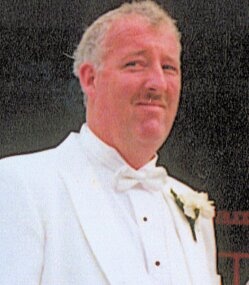 Calais – Levi Leslie Merchant, 62, passed away at a Bangor hospital on March 10, 2020. Levi was born on October 13, 1957 in St. Stephen, New Brunswick to Solomon and Pearl (McLaughlin) Merchant. Levi enjoyed helping with the Downeast Fair Grounds in Whitneyville, he volunteered as a Dennysville Firefighter and loved watching NASCAR and collecting its memorabilia. He was a member of the Lions Club of Calais and loved dancing, traveling and going camping. In 1991 Levi married Avis Clark, they enjoyed 10 years of marriage before her passing in 2001.

Levi was predeceased by his wife and mother. He will be fondly remembered by his father, Solomon; three sisters, Annette Harmon and her husband Bill of Chamcook, Jane Calhoun of St. Stephen, and Cindy McLaughlin and her husband Carl of Chamcook, NB; his special friend, Donna MacKenzie; and several nieces, nephews and great nieces and nephews.

A memorial service in Levi’s honor will be held 2:00 pm (AST), Monday, March 16th at St. Andrews United Baptist Church, 115 King St., St. Andrews with Rev. Ladd Dunfield officiating. He will be laid to rest next to his wife at Dennysville Cemetery in the spring. In lieu of flowers, donations in Levi’s memory may be made to Charlotte County Cancer Society, PO Box 292, St. Stephen, NB E3L 2X2 or the charity of one’s choice. Arrangements by Mays Funeral Home, Calais & Eastport.

To order memorial trees or send flowers to the family in memory of Levi Leslie Merchant, please visit our flower store.