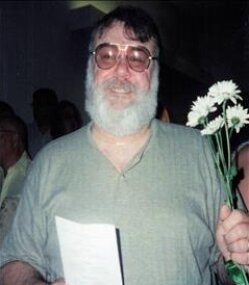 Robbinston, ME and Shiocton, WI – LeRoy Allen Schnur, 74, passed away surrounded by family on Sunday, November 14, 2021 at home following a courageous battle with cancer. LeRoy was born in Des Plaines, IL on September 20, 1947, son of Henry and Ella (Lewerenz) Schnur.

After graduating from Main West High School in Des Plaines, IL, Class of 1965, LeRoy was drafted into the U.S. Army, serving with a tank division during the Vietnam War. Following his service, he returned home and on December 14, 1968, married his love, Diane Cox. LeRoy worked a short time as a police officer in Chicago, IL until starting his career with Milwaukee Road Railroad where he was employed as a train engineer for 35 years. After retirement, LeRoy and Diane enjoyed traveling. He enjoyed watching fireworks and was an avid Beatles fan. LeRoy was a member of Post 0512 American Legion in Wisconsin.

In addition to his parents, LeRoy was predeceased by his brother Edward Schnur; and his sister Norma Farmer. Surviving are his three children, Tammy Suprise and Jason Schnur, both of Appleton, WI, and Christina Santoro of Robbinston, ME; three grandchildren, Jordon Suprise and Kendell Schnur, both of WI, and Payton Schnur of GA; his niece Barbara Grewe, great-niece Jessica Bacon, and great-great niece Elizabeth Bacon, all of Robbinston, ME; and nephews Richard and Cheryl Farmer of SC, Robert and Mary Farmer of SC, and James and Lynn Farmer of IA.

A graveside service will be held 2 p.m. Wednesday, November 17, 2021 at the Brewer Cemetery in Robbinston, ME. Arrangements by Mays Funeral Home, Calais & Eastport.

To order memorial trees or send flowers to the family in memory of LeRoy Allen Schnur, please visit our flower store.