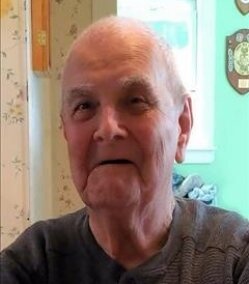 Roy enjoyed drawing, especially pictures of big trucks, watching old TV shows, listening to music, and when he was younger, dancing. He also enjoyed attending The Beckett Center in Calais for several years. Roy spent the happiest years of his life living with Vicki Collins and her family in Quoddy Village. The family will be forever grateful to Vicki for the wonderful care she gave Roy.

In addition to his parents, Roy was predeceased by two sisters, Barbara Rape and Jane Randall; three brothers, William Haddock, Merele “Dickie” Haddock, and Arthur Haddock Sr.; and a special family friend Tommy Collins Sr. Surviving are his brother Edward Haddock of Calais; a sister Sandra Kowalski of Calais; and many nieces and nephews. Roy is also survived by his caretaker, Vicki Collins, whom he considered his second mother, and her family.

A graveside service will be held in the summer at Restlawn Cemetery in Perry. Arrangements by Mays Funeral Home, Calais & Eastport.
To order memorial trees or send flowers to the family in memory of LeRoy Francis Haddock, please visit our flower store.