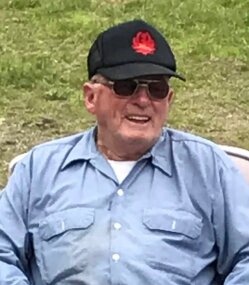 Princeton – Lee Alvah Phelps, 85, passed away surrounded by family on Sunday, January 24, 2021 at Calais Regional Hospital. Lee was born in Calais on March 15, 1935, son of Donald and Virginia (Rideout) Phelps.

Lee attended school in Princeton and at the age of 13 started working in the woods with his father. He worked for Georgia Pacific, Thomas DeCinzo, and Murray LaPlant & Sons until he started his own businesses, Lee Phelps & Sons Inc., Princeton Mobile Station, and the Topsfield General Store. He also had the plowing contract for Princeton and Indian Township. On May 1, 1954, Lee married his love, Margaret Thornton.

Lee was active in his community. He served in the Army National Guard and was a member of Lewy’s Island Lodge #138 in Princeton, Royal Arch, Hugh de Payens Commandery #15 Knights Templar, and the Anah Temple Shrine, as well as the Waite Snowmobile Club, and the Princeton Rod & Gun Club. Lee was an avid outdoorsman, enjoying fishing, snowmobiling, and four-wheeling, and was a Ford enthusiast. Lee was known for his strong work ethic and his passion and love for his family.

The family wishes to extend a special thanks to the CHCS Hospice Care, and the nurses and staff at Calais Regional Hospital for their outstanding comfort and care provided to Lee and his family.

Visiting hours will be held 2 – 4 Saturday, January 30, 2021 at Mays Funeral Home, 26 Church St., Calais. CDC guidelines such as masks and social distancing are required for all attendees.
To order memorial trees or send flowers to the family in memory of Lee Alvah Phelps, please visit our flower store.