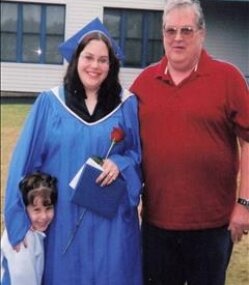 Pleasant Point – Lawrence LeRoy Keezer Jr., 72, passed away at his home surrounded by family on Thursday, June 30, 2022. Lawrence was born in Eastport on August 15, 1949, son of Lawrence and Clara (Neptune) Keezer.

After graduating from Shead High School, Class of 1966, Lawrence moved to Massachusetts until returning to Sipayik in 1984. He worked as a carpenter and was proud to have helped build the Beatrice Rafferty School. Later he worked at Fiber Extrusion with the Passamaquoddy Housing.

In addition to his parents, Lawrence was predeceased by a son James Keezer; and a daughter who was his heart, Kelly Keezer. Surviving are his children, Anna Keezer who was his Guardian Angel, and a son Buddy Keezer, both of Sipayik; his beloved granddaughter Madyson Keezer who was the light of his life; brother and best friend Richard Keezer; brothers Rocky, Jerry and Kenny Keezer, all of Sipayik; special uncle and friend Peter Neptune Sr.; special niece Jeanette Keezer; “his boys”, JJ, Sam and Jason of Sipayik; and many aunts, uncles, nieces, nephews and cousins.