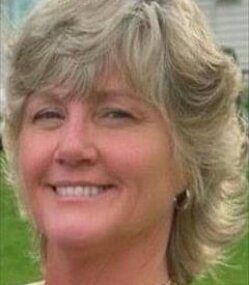 Laverne graduated from George Stevens Academy class of 1971 and went on to get a BS in Health, Physical Education and Recreation from the University of Maine at Presque Isle (UMPI), graduating in 1975. She went on to teach at Madison High School in the 1975-1976 school year. She worked for the Calais School Department, Calais Recreation Department and numerous banking institutions until starting work for the Department of Health and Human Services where she worked for almost 28 years, retiring in December of 2016. Laverne also helped her husband, Dana, as an assistant coach, fondly known to the girls as “team mom”.

Laverne met the love of her life, Dana Redding, while at UMPI. They married on April 24th, 1976 and settled in Calais, Maine where they started their family.

She is survived by her husband of 46 years, Dana; her daughter, Heather and husband Randy White of Calais; son, Jason and wife Julie, of Red Beach; and daughter, Brandi and husband Chris Chase of Hampden. She leaves behind the joys of her life, her “Six Pack”, grandsons Caleb, Braden and Noah White, Turner Redding, and Coleman and Cooper Chase. She is also survived by her sister Linda Sylvester and her two daughters; sister Louise, with husband, William Holyoke, and her two sons; and her sister, Leona Gray’s three children. She is survived by her in-laws, Mike Redding and his two sons; Paula Hill and her three daughters; Jeff and Mary Jean Redding and their two daughters; and sister-in-law Donna Redding. She also leaves behind her father-in-law, Paul Redding and Outlaw, Roxanne Redding as well as numerous nieces and nephews.

She fondly leaves behind many dear cousins and relatives. Her life long friends will always be in her heart. “Krazi Forever”

Laverne’s family would like to thank her care providers from the Cancer Care center at Northern Light in Brewer and St. Joseph’s Hospital. Locally, a special thank-you to Patti, Anne and Nicole from hospice; Dr. Peter Wilkinson, Dr. Brazier and Dr. Eliacin; the staff at the Calais Community Hospital Emergency Room and staff on the floor without whom there wouldn’t have been that personal care that means so much. Our family can’t thank you all enough for your endless work.

In keeping with Laverne’s wishes, visiting hours will be held at Mays Funeral Home, 26 Church St., Calais on Monday, May 9th from 6-8pm (masks required) followed by a graveside service at the Calais Cemetery, Tuesday, May 10th at 2pm.

To order memorial trees or send flowers to the family in memory of Laverne Eva Redding, please visit our flower store.